The most beautiful gardens and parks in Erlangen

With more than 110,000 inhabitants, Erlangen has long been one of the large cities in Germany. But its green soul allows the hustle and bustle of the city to recede into the background time and time again. From carefully landscaped parks to dense forests, there is something for everyone. In Erlangen, you can get a wonderful breath of fresh air at any time of the year. Whether by bike or on foot: the next excursion into nature is guaranteed to be worthwhile. And best of all: The most beautiful gardens and parks are only a few minutes away from your hotel room in Erlangen. 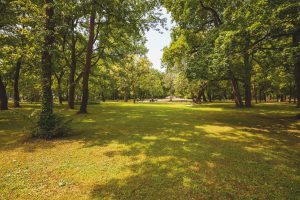 is one of the most beautiful parks in Erlangen. This is around 1.3 kilometers away and is not only popular with students. Especially in summer you can admire imposing fountains and colorful flowers. The baroque palace complexes, such as the orangery, are also worth seeing. You are right in the city center with its shopping and dining options. For conscious gourmets, after a relaxed walk, for example, it is only a three-minute walk to the Muskat organic restaurant. If you are looking for even more biological diversity, you will find it in the directly adjacent botanical garden. The Friedrich-Alexander-University Erlangen-Nürnberg presents plants from all over the world as well as a walk-in grotto on around 2 hectares. In the greenhouses, a wide collection of tropical plants sometimes transports you to warmer areas, making the botanical garden a worthwhile destination even in the winter months. Please note the changing opening hours. Admission is free! 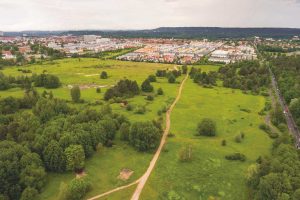 is not in the city center, but still less than 15 minutes’ walk away. In recent years, numerous residential and commercial areas have been created here on a former US military site, in the middle of which the nature reserve “Exerzierplatz” invites you to do sports and relax. The park with the rare sand biotope in Erlangen contains a special fauna, which is explained in an information pavilion. We think this transformation of the area is worth a visit! The green heart of the Röthelheimpark district can also be explored by bike – just ask at reception about our rental bikes. With these, animal lovers can also reach the wild boar enclosure in the forest on the other side of Kurt-Schumacher-street in another two minutes. With a bit of luck, the animals can be seen on a short tour around the enclosure. But even if not, the adjoining Sebalder Reichswald with its approx. 10,000 hectares offers a large network of paths to extend the excursion. If the fresh air has made you hungry, you will find straightforward Italian delicacies directly opposite in Tio Rustica, a combination of Mexican and German in Unicum and Japanese specialties at Hiro Sakao. These prospects are an additional spur to the trip. 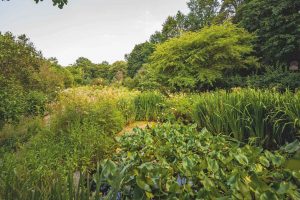 the taste buds, the aroma garden in the north of Erlangen appeals to the sense of smell. After eight minutes by bike from the hotel, you can take a walk through the garden and get to know aromatic shrubs and trees. A nice change from the usual green spaces and parks in Erlangen, which can be experienced from April to October. If you want to do a longer tour, you can walk east along the Schwabach to the Buckenhof district. To the west of the aroma garden, on the other side of Palmstrasse, there is something for children in particular: the Erlangen water playground is located here and invites you to splash around and run around. 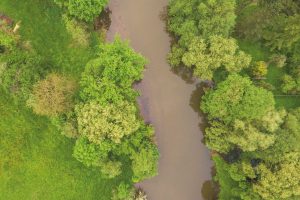 to be on two wheels for a longer period of time, we recommend the Regnitzwiesengrund in western Erlangen, which can be reached within ten sporty minutes. Extensive, level meadows for joggers and cyclists extend behind the station area. These can also be reached in a few minutes on foot from the city centre. Interesting: On one or the other day a shepherd drives his herd to graze on the lush meadows. The neatly laid out Wöhrmühle leisure facility also invites you to linger on comfortable loungers when the weather is nice. In the immediate vicinity, there is the Erlangen brewery Weller.

One of the much more 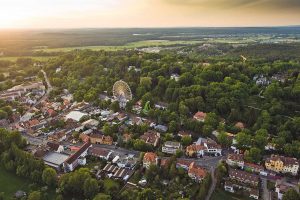 romantic parks in Erlangen is probably the sculpture garden on the Burgberg in the north of Erlangen. You should plan a quarter of an hour by bike. Then we walk through the park, which is intended to maintain the work of the Erlangen artist Heinrich Kirchner and bring it closer to the general public. In addition to numerous sculptures, you also have a great view of the city at any time of the day. In the summer, a few steps away, you can toast to the Entlaskeller with a beer full of real cellar beer. The garden is only closed during the Erlangen Bergkirchweih. You shouldn’t miss this festival anyway!

Not only cowboys and horse girls will be interested in the wild horse enclosure in the Tennenlohe district. The animals with the almost unpronounceable name “Przewalski horse” graze in various group constellations on around 90 hectares. Nature regulates the coexistence of animals and plants here with almost no human intervention. The entire area is also a nature reserve, which is why other species such as rare birds and insects are regularly spotted. Equipped with sturdy shoes, more or less long tours through the steppe-like area can be undertaken. If you want to take it a little easier, you should come by bus or car.

Do you feel most comfortable between tall trees and chirping birds? The Meilwald is perfect for all active forest lovers with its cycle paths, the educational forest trail and the fitness trail. Here you can also just take a deep breath and clear your head. You can reach the forest in the north of Erlangen by bus or by bike in just 20 minutes.

What is biophilic design?

Who doesn’t know it? After a stressful week just… mehr