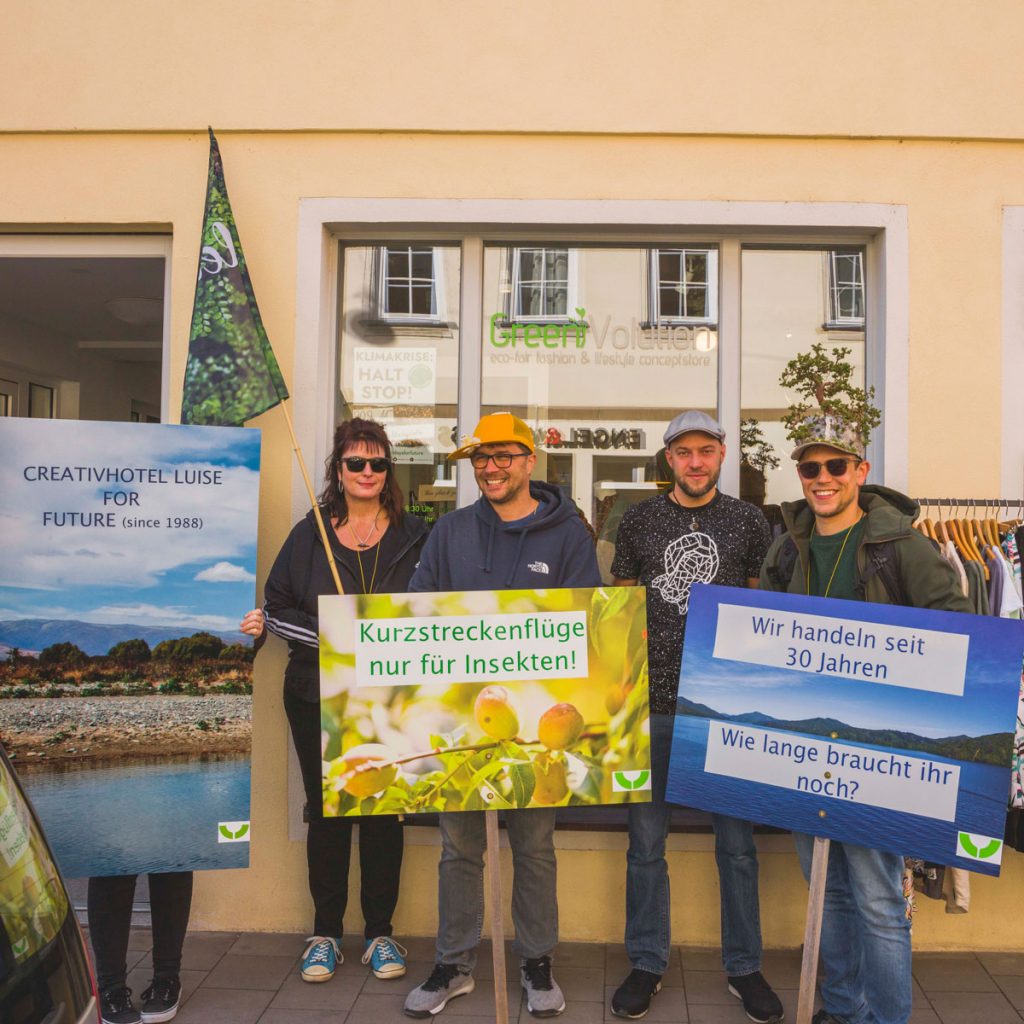 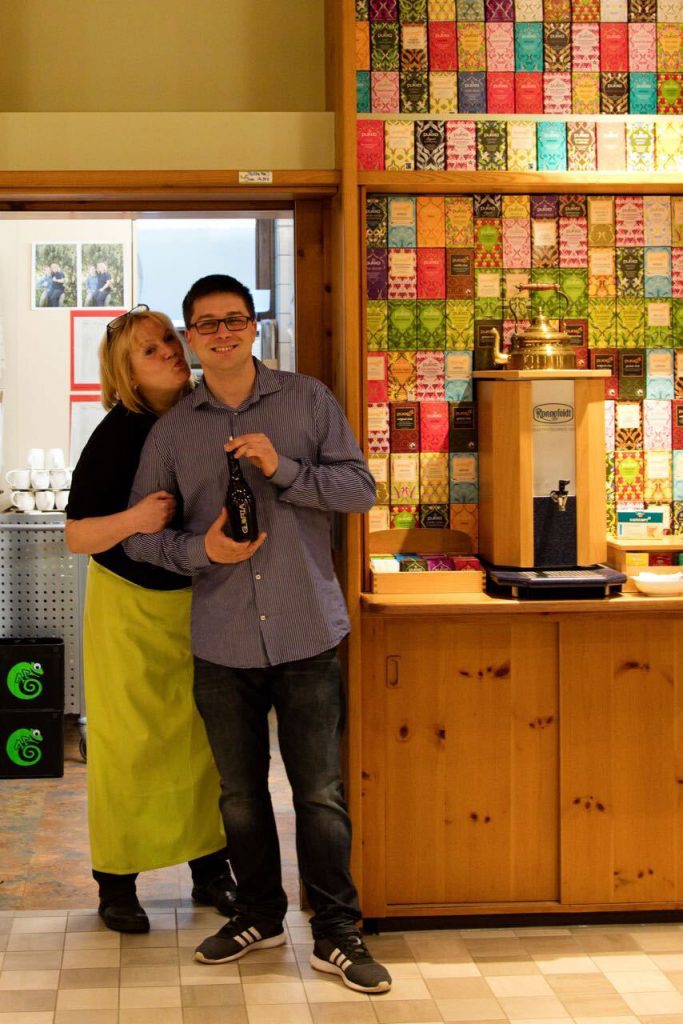 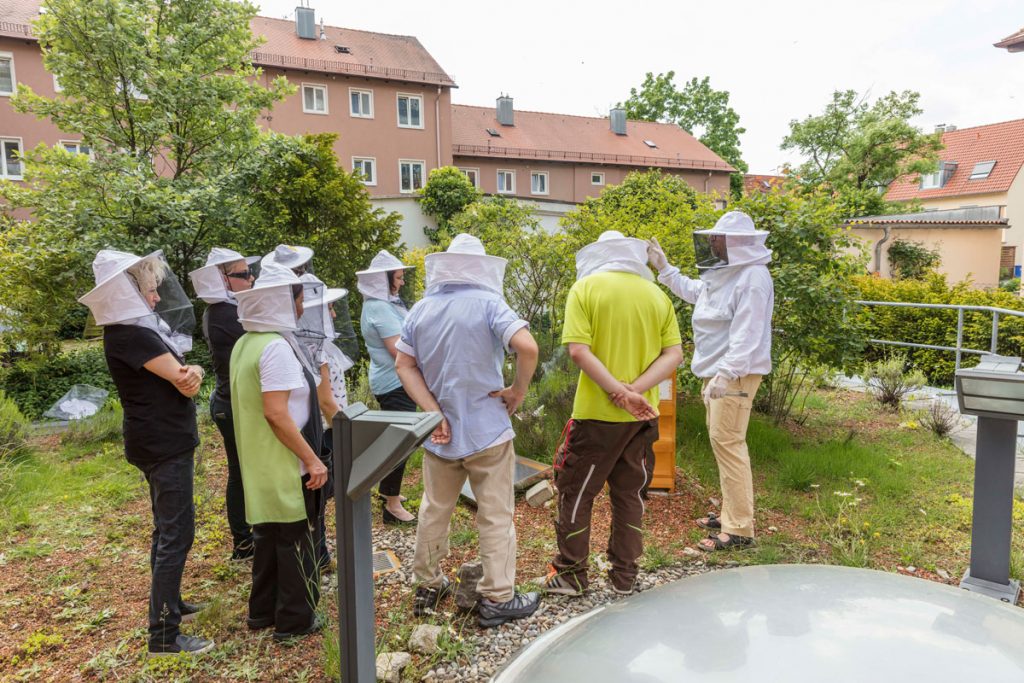 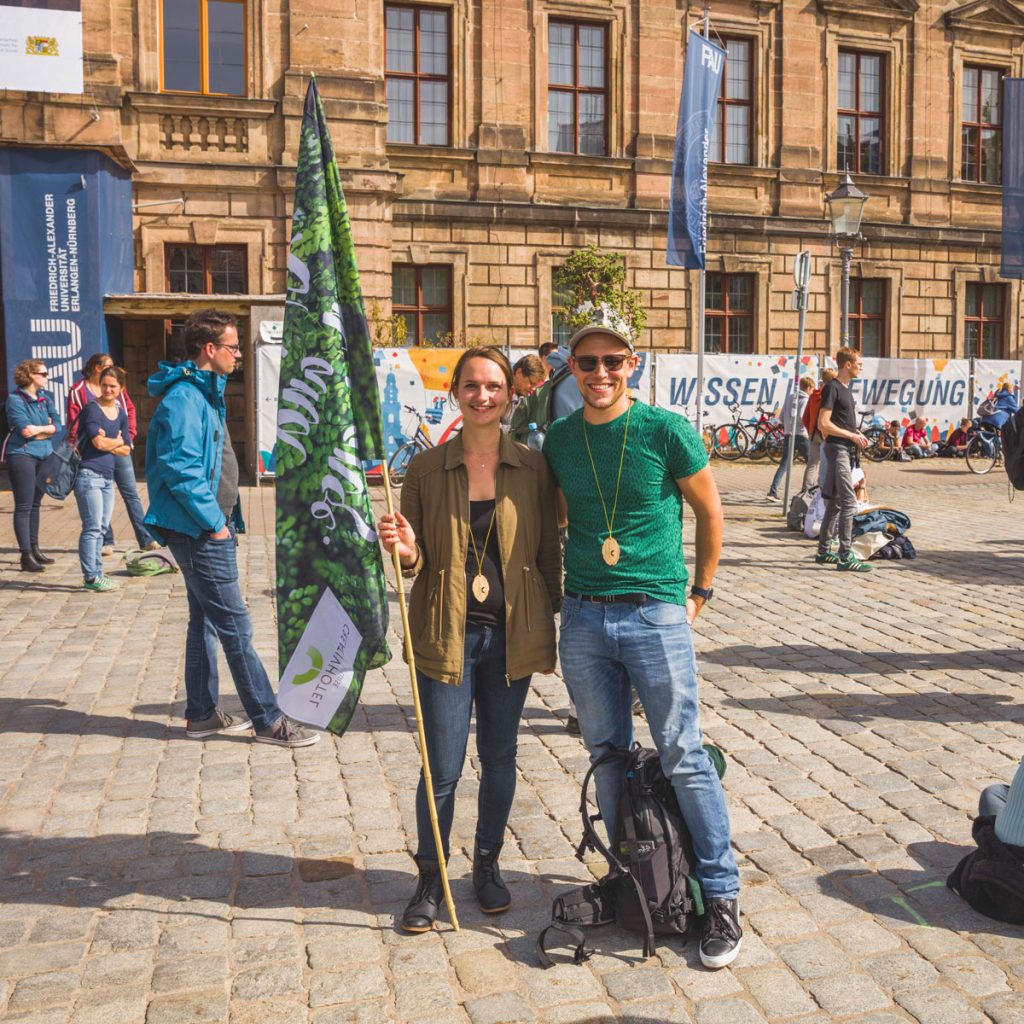 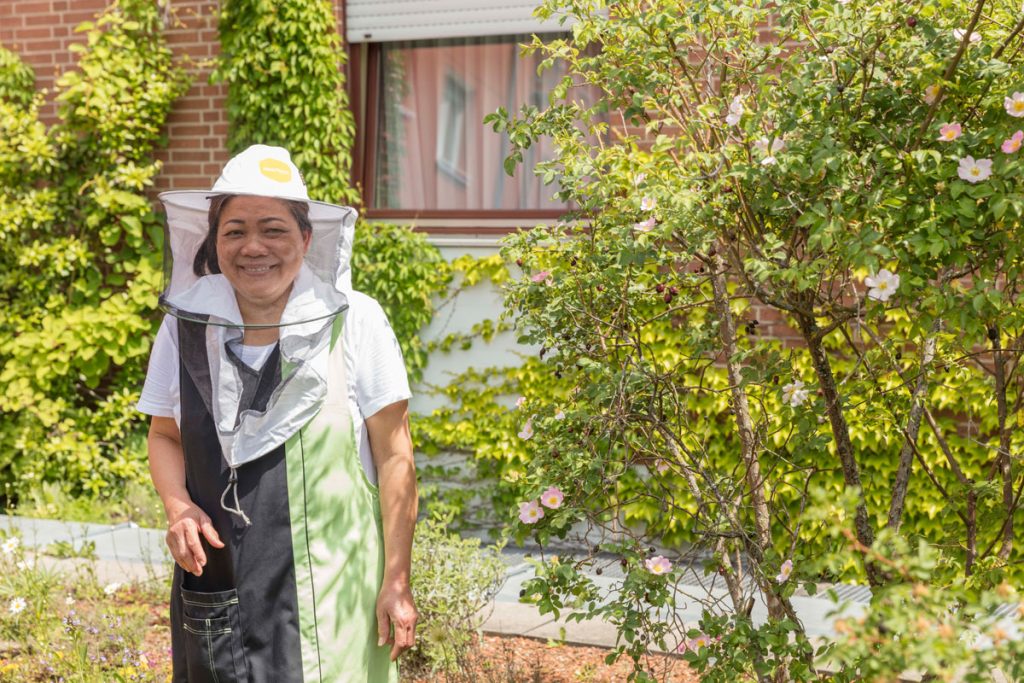 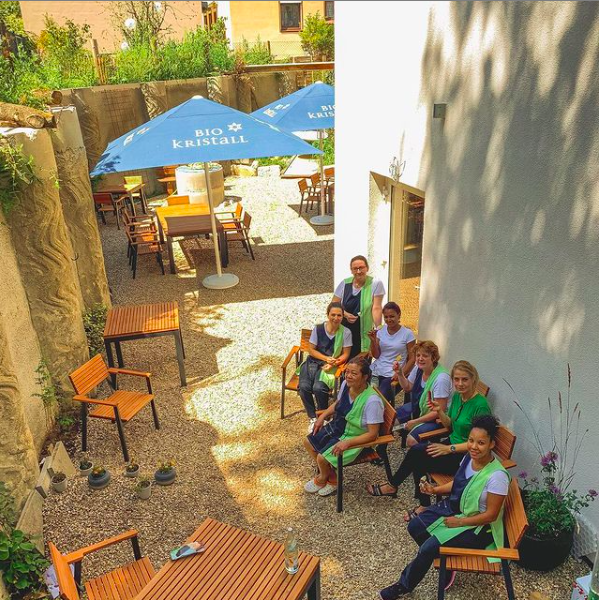 Young, dynamic, environmentally aware – “Captain” Ben Förtsch is no regular hotelier; he rather paves his own way. His vision and hard work have led Creativhotel Luise to be called the first climate positive hotel in Germany. However, Ben doesn’t rest on his laurels; instead, he steadily works on steering his “ship” towards a greener future. This is how his project “the regrowing hotel room” changed tack in the creative eco-management. He also sees even smaller hands-on tasks as his responsibility, such as arranging the stones in the hotel’s biotope and painting walls. With great imagination and attention to detail, he manages his hotel step by step, stone by stone, brushstroke for brushstroke, always coming up with new ideas and with great commitment as a small oasis for sustainability at Erlangen’s center.

During the 90s, as a pioneer in sustainable hospitality services, Senior Boss Klaus Förtsch set the pace for the eco-friendly approach his son is now carrying on. Persevering through his notoriety as a “green nut”, or being told he’s chasing ghosts, he set the foundation for the unique concept of the Creativhotel Luise – and he further raised his son with a passionate consciousness for an eco-friendly and sustainable lifestyle. The green “do gooder” trait runs in the Förtsch family.

It’s summer. May be even a late spring day. She is riding her bike and takes a quick break. Her hair draws graceful waves, just like the landscape behind her: Gentle hills; the gables and rooftops of a small town; idyllic homeland in the year 1931. Luise Gumbmann is 25 years of age…

Where did Luise ride to on this beautiful day? This photograph, taken from a family album, doesn’t reveal her destination. She certainly went back to Erlangen at some point, where Luise was living at that time with her husband and little daughter Marga. She looks a bit skeptical, as though she didn’t want to pause for a moment and pose but just wanted to continue her ride. Whether this was the case?

How we see ourselves

We take an example from others but we build on our own interpretation of sustainability.
– Ben Förtsch

Our hotel is run on ecological principles. As a family company we think in terms of generations and understand our responsibility towards the future. Since 1991, we’ve been regularly awarded the gold medal by the Bavarian Ministry of Economics and Environment for our commitment in the area “environmentally aware hotel and hospitality facilities”. We were part of Viabono, the German umbrella organization for environmental-friendly tourism, right from the start.

For 25 years now, we’ve been a boosting agent in the area of environmental awareness. The challenge of maintaining a good balance between ecological goals and the financial aspects is not always easy to master. We are proud to be one of the most eco-friendly city hotels in Germany and the first hotel in Bavaria to have built an eco-management.

Our hotel Luise was founded in 1956, and has steadily grown since then. With four extensions and an annexed building, the Creativhotel has 95 rooms, a spa, a fitness room, massage rooms and a big shepherd garden. In 2014 Benjamin Förtsch, third generation, became the new active hotel manager, succeeding his mother Gudrun Förtsch. As a covert hotel manager, his father Klaus Förtsch guided him with advice for four years.

Us and our workplace

We support the German Diversity Charter, an initiative by the Federal Government through which we commit to be open for every person and to stand behind it. But actually, that doesn’t quite cut it – to us that’s not an obligation, it’s a given.

We have always kept our own cleaning staff, which is rare in this sector, and we are proud of it. You can tell the difference in the quality of services, because our staff members feel well with us.

As part of Climate-Hotels we’re also committed to social responsibility. We are:

FAIR to our staff members, since it’s a given that they are paid the agreed standard wages. Moreover, we respect a qualified training and provide regular additional training. We also employ those who have more difficulties than others (for instance, older employees and disabled people or migrants). Work-Life-Balance is important to us. So, we appreciate accomplishments, make sure our working hours remain reasonable and provide a pleasant working environment.

At Creativhotel we aren’t just colleagues, we are friends. This doesn’t just apply to our staff members but also to our frequent guests. And you can tell! We are a team of 35 colleagues that enjoy working together and we want to make your stay as nice and pleasant as possible. Our team covers all ages and we support the “wild and young” as well as the old pros. Everyone is vital and we don’t exclude anyone.

We take pride in this.

Join our team! Send us your application including resumé and credentials to: hr@hotel-luise.de

Currently we are looking for:

Sustainability: [a complex term for an integral lifestyle serving not the ego but the world; a lever to stop climate change. When widely spread, it guarantees long-lasting harmony and literally a sound sleep]

100% recyclable, 100% biodegradable, 100% comfort. Our new room concept proves how beautiful sustainability can be. You are welcome to try it out and imitate us.

When you have breakfast in our hotel, you only have eyes for what’s on your plate. That’s no wonder, considering all the rich regional delicacies and the organic and fair-trade products our buffet has to offer.

As a family company we think in terms of generations and understand our responsibility towards the future. We have been regularly recognized by the Bavarian Ministry of Economics and Environment.

What is it that makes us one of the most ecological and sustainable city hotels in Germany? We plant trees in Panama and welcome cyclists from all around the world for better deals.

Sustainability is not equal to renunciation

IDEAS to save the world a little bit

When it comes to making the first climate-positive hotel in Germany even more special, hotel Director, Ben Förtsch has a lot of ideas. He also has a message: Humans should do more for this planet. It starts with riding bikes and it doesn’t stop when visiting a hotel. However, he deliberately refrains from pointing fingers at anyone. His “green revolution” is subversive – and it even looks good. A chat with a “do gooder” about his hotel.

Our most important sustainability projects

How much sustainability and environment protection mean to us will become evident during your stay at our hotel. Until then, here’s a list of some of our most important projects:

Of course, social responsibility is another important part of sustainability for us. We want to contribute to a fairer and equal society. In order to reach that goal we ensure diversity at our workplace and beyond, as family-friendly working conditions are very important to us.